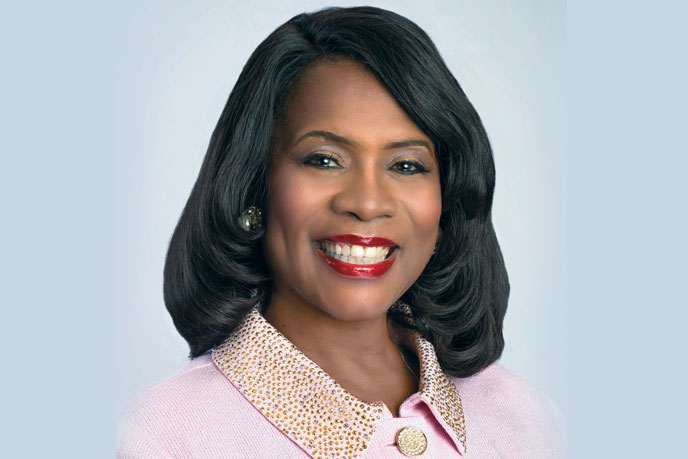 “In the fourth and final year of our HBCU Impact Day Initiative, I am pleased, honored, and excited to report that we have doubled our giving, exceeding the $2 million mark, an historic moment for Alpha Kappa Alpha, our members, other donors, and the institutions that will benefit from these funds,” says Glenda Glover, AKA international president and chief executive officer. “This means even more support for them – our HBCUs!”

“We started this journey in 2018 with a goal of raising $1 million in one day. Certainly, unchartered territory,” said Glover, who is also president of her alma mater, Tennessee State University. “We had the audacity to believe we could raise $1 million in one day. We did it then, as well as in 2019 and 2020, in fact, exceeding our million-dollar goal! And, in 2021, to raise more than $2.1 million is simply phenomenal.”

HBCU Impact Day is one part of a four-year $10 million fundraising goal set by Glover under the “HBCU for Life: A Call to Action” initiative.

Glover implemented the program when she took over leadership of the sorority in 2018. Aimed at promoting HBCUs by encouraging students to attend and matriculate through these institutions, members were asked to lead the charge in helping to secure fiscal sustainability and success for accredited HBCUs around the country. The sorority has successfully reached and surpassed the $1 million goal each year of its $1 million in one day fundraising initiative.

In the past two years, all other four-year, accredited HBCUs received from $50,000 to $100,000 in endowment contributions. The first check was provided to Bennett College to support its fundraising efforts associated with accreditation.

“Most people are unaware of the significant contributions these legacy institutions continue to make in our cities and throughout the country, including graduating 22% of all African Americans with bachelor’s degrees, nearly 80% of all African-American judges, and 50% of all Black lawyers,” said Glover.

“It’s gratifying to know that funds raised will support endowments, providing sustainability to our historically black colleges and universities. I am especially appreciative to everyone who contributed to the success of this year’s HBCU Impact Day.”

The more than $2.1 million raised online does not include mail-in donations or pledges and contributions that are still pending.

For more information on the sorority’s commitment to HBCUs, visit www.AKA1908.com.