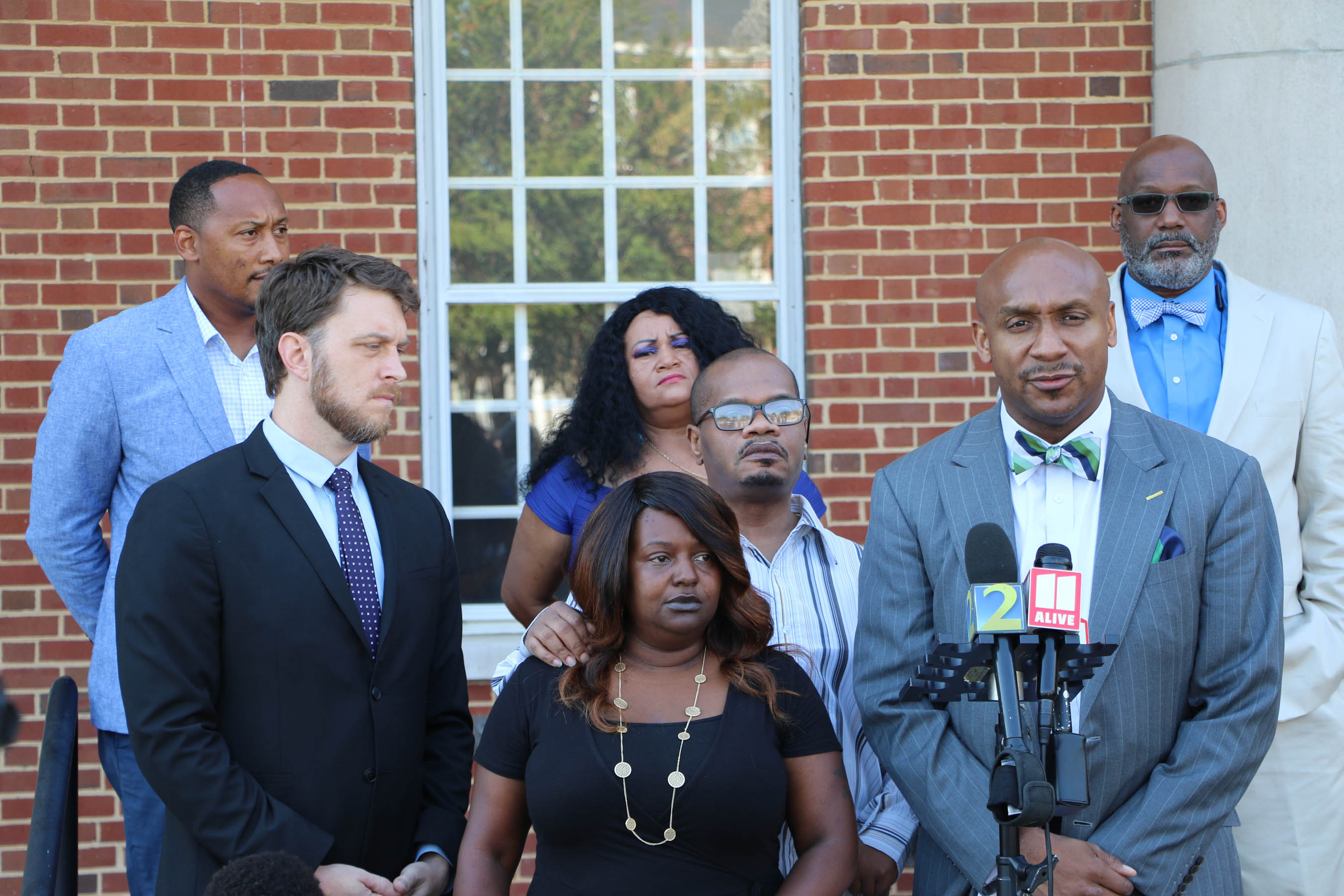 https://youtu.be/x23dAqt8xKk
At a news conference today, Attorney Mawuli Davis and community activists called for Sheriff Eric Levett’s resignation. They blamed his lack of leadership and incompetence for the death of 22-year-old Shali Tilson, who died from dehydration after being detained in the Rockdale Jail .
The news conference follows the release of a Special Grand Jury report released on Wednesday that concluded Rockdale jail administrators did not criminally causeTilson’s death but died as a result of complacency and lack of leadership. Davis said the Tilson family is filing a civil lawsuit.
Post Views: 1,108
Share. Facebook Twitter Pinterest LinkedIn Tumblr Email
On Common Ground News