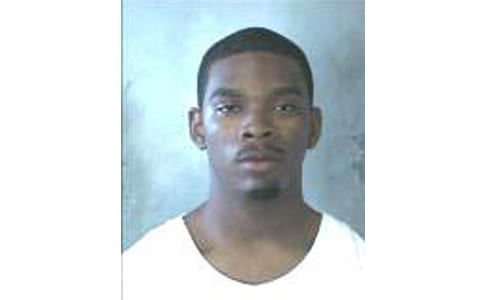 The head of a Georgia gang has been charged with ordering a retaliation hit from prison that killed a 9-month-old boy in DeKalb County. The baby’s mother, grandmother and a family friend were all shot and wounded in their home as they tried to protect little KenDarious Edwards, Jr. The three women survived, but the child was killed. DeKalb County District Attorney Robert James said Kenneth Eric Jackson, the head of the Sex Money Murder Bloods in Georgia, used a contraband mobile phone while incarcerated at Autry State Prison to order the hit. The murder was in retaliation for the death of another gang member who was allegedly killed by Oslushsla Smith, the child’s uncle. “This was a ruthless act ordered by a gang leader looking to spread fear and intimidation,” James said in a statement. “We are in a war with gangs in DeKalb County, and too many innocent people are being hurt. This is not your county. Get out or face the consequences.” Jackson, known as “KG the God,” was indicted on murder and gang charges for his part in the May 10, 2014 shooting death of the baby. Two alleged gunmen—Marco Watson and Christopher Florence—also were charged with murder and other gang charges, according to the indictment. Authorities said Watson and Florence forced their way into the victims’ home on To Lani Farm Road in Stone Mountain. The three women ran into an upstairs bathroom with the baby, but the gunmen kicked in the door and fired multiple times, killing the infant. Jackson was communicating at the time of the shooting with Sex Money Murder’s national second-in-command, Robinson Lazala, who was incarcerated with the head of the set, Peter Rollock, in U.S. Federal Penitentiary “Supermax” in Florence, Colorado. In addiction to gang boss Jackson, Watson, and Florence, Devin Thomas was named as a co-conspirator and mid-level ranking member of Sex Money Murder. Thomas pleaded guilty to murder and is serving life plus 20 years in prison. Oslushsla Smith was convicted of malice murder and felony murder, among other charges. He was sentenced to life plus 40 years.